DCUO’s 12th DLC pack, named War of the Light Part II, will be available later this year for PC, PS3 and PS4 systems. Sony Online Entertainment LLC has announced that the central part of the storyline is the unity of Green Lantern Hal Jordan and his rival Sinestro. Their history will be put aside in order to save the Emotional Spectrum. 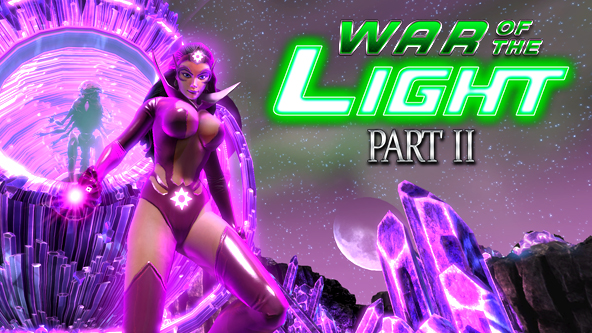 The fate of the entire Emotional Spectrum hangs in the balance of an uneasy alliance between Green Lantern Hal Jordan and Sinestro in War of the Light Part II. Feeling that love has been endangered by this relentless war, Carol Ferris and the Star Sapphires have also come to Earth to restore their own entity and to stop the strife…and all who get in their way.

Jens “Spytle” Andersen, the Senior Creative Director of DC Universe Online has published a letter regarding the War of the Light Part II:


The Story So Far

It all started with the launch of the game. Green Lanterns and Sinestro Corps agents first came to Earth when their rings began to fail. They began fighting with each other, assuming their arch rivals were responsible. Our first DLC, Fight for the Light, revealed that the true threat to the emotional spectrum is Brainiac, who has drained the emotional spectrum, turning all emotion into logic. The entities themselves were trapped in huge Logic Lanterns that Brainiac constructed to contain and transform them. The corps attack, and when these Logic Lanterns are destroyed, the corps think the entities are freed, and the victory is theirs.

But was this really the case?

Sinestro and Hal Jordan are some of the first fighters in the war to realize what has happened and, that if they do not work together, the Emotional Entities themselves will cease to exist and their light will die out…forever. The stakes are high, which is why the Star Sapphires and the Orange Lanterns enter the war. How will the leaders of each corps save their entity from oblivion? You will have to play to find out the answers for yourself.

War of the Light Part II contains a wide variety of content, including: 1 8-Player Operation, 1 4-player Operation, 1 4-player Alert, 1 2-player Duo, 1 single player Challenge Mode, and several open world missions in the expanded Metropolis Battlezone. The content will take you to never before seen locations in DCUO, fighting against new and exciting characters straight out of the pages of the comics. Travel to Zamaron and Qward. Do battle with Carol Ferris as she takes on the role of Star Sapphire to champion the forces of Love in the war. Join Larfleeze as he and his loyal sidekick Glomulus enter the fray as well. And that’s not even mentioning all of the iconic characters that have been taken over by the Amethyst and Citrine mists. It’s going to be a fun ride and we can’t wait for you to try out all of the new adventures.

And of course, new feats, collections, briefs, and other exciting features are included too. You guys are going to love this exciting new chapter in the War of the Light trilogy. Wait till you see where we go from here! 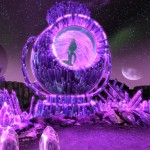 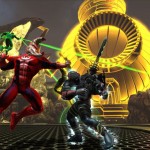 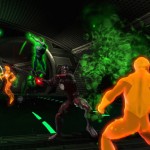 This entry was posted in news and tagged dcuo dlc 12, War of the Light Part II. Bookmark the permalink.