Today SOE announced the eighth downloadable content – Sons of Trigon, that will enable players to battle alongside Wonder Woman and confront Trigon. DCUO’s 11th Power, Celestial, will be introduced with the new DLC, that will be available for download on the PC and PlayStation 3 later this fall. 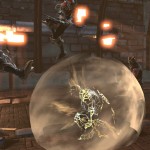 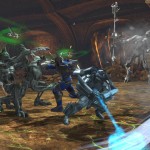 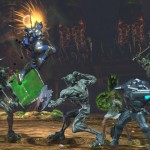 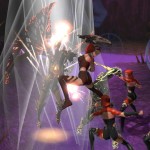 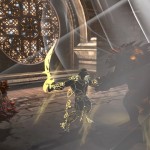 In Sons of Trigon we finally get the answers to some critical questions that have been left unresolved since DCUO launched more than two years ago,” said Jens Andersen, Sr. Creative Director, DC Universe Online. “Players get to explore a nightmare version of Gotham like nothing they have seen before, while battling alongside Wonder Woman or Circe to eventually defeat Trigon and restore peace, or steal Trigon’s power for their own use.”

Sons of Trigon DLC picks up where the Sins of the Father storyline left off. Through blood ritual, Trigon escaped his dimension and was preparing to attack the Earth. However, he became trapped in a nightmare version of Gotham City, a wasteland filled with sin. In this new DLC, Heroes and Villains will explore these wastelands as they race to confront Trigon and his sinful sons. As the story unfolds, players will have access to an assortment of new multiplayer adventures, solo missions, power and gear.

Sons of Trigon will feature:

DCUO’s Sons of Trigon DLC pack will be a free download for the game’s Legendary members and will be available later this fall for purchase by Free and Premium players via the PlayStation®Network, the in-game Marketplace, or for PC players via the DCUniverseOnline.com website.

This entry was posted in news and tagged 8 DLC Pack, Celestial, Sons of Trigon. Bookmark the permalink.