All PC players with a Legendary Membership are invited to test Game Update 26 on the PC Test Server. To get started, you can download the client here (SOE) or here (ProSiebenSat.1).

For all of us DCUO players who are obsessed with housing decoration new Lair Theme – Penthouse is available in the Marketplace for 1000 SC. The appearance of your Hardware and Amenities will match your Lair’s theme. Lair themes also allow access to matching Back-up / Henchmen. The Penthouse Lair unlocks Private Bodyguards.

DCUO Server Hotfix on May 9th

Today, during the regular DCUO server restarts a small hotfix will be implemented, which includs the first PvP Map Rotation.

New DCUO DLC will be available soon, and new Quantum Power as well. JayMoonyDCOU made a great video guides where he tested Space tree and Time tree with new animations, and shared his thoughts with DCUO community. We need to point out that the powers are tested only in PvE.


I must say that this is a really good DPS Power. Finally a power that is competitive to gadgets and hard light.

END_OF_DOCUMENT_TOKEN_TO_BE_REPLACED

This Feat list is completed by DCUO Community member Gemi, who wanted to share information about new feats with all the people who do not have access to the TEST server.

Deal breaker 1 star
-Defeat each of the random iconics that appear in the Iconic Anomaly:The Hunt solo instance

END_OF_DOCUMENT_TOKEN_TO_BE_REPLACED

Spring event brings out new furniture items, which can be bought from the Seasonal Vendor. Since the furniture items have no preview option, we decided to purchase them and create this gallery in order to save you some cash and Seed Pods. Take a look at the list below and decide if you want some piece of furniture for your Lair.

The following furniture items can be obtained from Swamp Thing in the Sewer Rendezvous event instance.

You can also check out screenshots of all furniture items in our Furniture Database.

In order to start the Spring Event speak to Swamp Thing in the Watchtower’s Aquacultural Area (as a Hero) or with Poison Ivy in the Hall of Doom’s Pit (as Villains). Also don’t forget to speak to Veronica Cale (Villains) or Doctor Sarah Charles (Heroes) to find out more about taking on Swamp Thing and starting Sewers Rendezvous daily event istance. 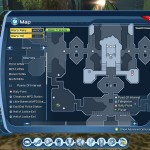 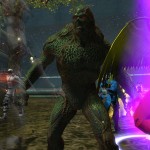 DCUO Spring event gallery with Warrior of Spring Styles available at Seasonal Vendor. The vendor can be found in the Watchtower’s Aquacultural Area (for Heros) or in the Hall of Doom’s Pit (for Villains).

END_OF_DOCUMENT_TOKEN_TO_BE_REPLACED

Today, DCUO servers will be taken offline for scheduled maintenance on Tuesday, April 23th, at 6:30 AM PDT (3:30 PM CET). Game Update 25 will be implemented during this downtime. Downtime is expected to last about five hours. In the list below you can read the official patch notes.